The Two Oceans 110 Day Charter Catamaran is designed for commercial day charters and for large groups of people. She will be based in Mahé.

The Two Oceans 110 Day Charter Catamaran is the biggest composite and leisure catamaran ever to be launched in South Africa.

She has both an upper and lower deck and a flybridge. The upper deck has plenty of casual seating as well as dining seating for 60 guests and storage space for snorkeling gear. The lower deck has dining seating for 90 guests as well as casual seating, as well as plenty of storage lockers, fridges, freezers, chilly bins and bars. All stairways and walkways blue effects LED lighting, and she has a Fusion sound system.

The galley is housed in the starboard hull and can cater for 250 guests onboard. The starboard hull also has many storage lockers and a crew rest area, and bunks for the crew if needed on a delivery. The port hull houses the guest WC facilities – three ladies’ heads and wash up basins fore of the companionway and two gents’ heads and two urinals and wash up basins aft.

On her transom, she has a six metre tender on a fixed davit that can ferry 20 people to and from the boat.

The front deck has trampolines, more seating and a beach ladder.

The Two Oceans 110 Day Charter Power Catamaran is yet another successful collaboration between Two Oceans Marine Manufacturing and renown South African naval architect Anton du Toit of Du Toit Yacht Design. She is the 11th large custom catamaran that the partnership has launched, with an 85 foot power catamaran due to be launched later in the year.

Two Oceans Marine Manufacturing has also recently launched the Two Oceans 70 Day Charter Sailing Catamaran, also designed by Du Toit Yacht Design. She will be bound for Jamaica, where she will accommodate 170 people on day charters. 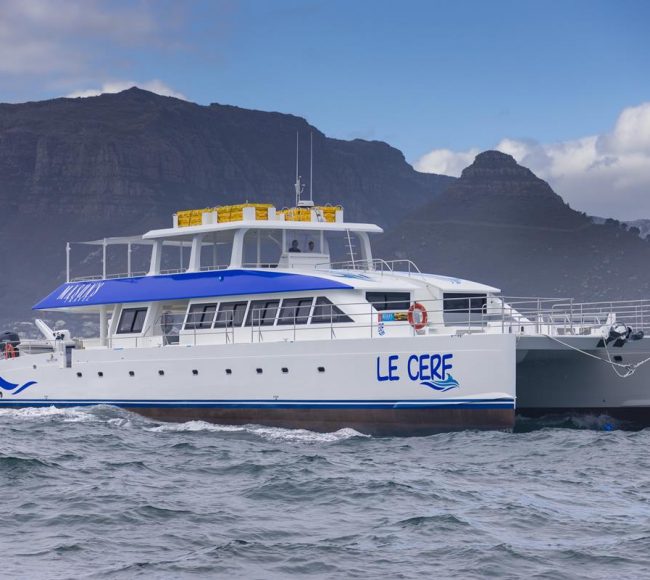 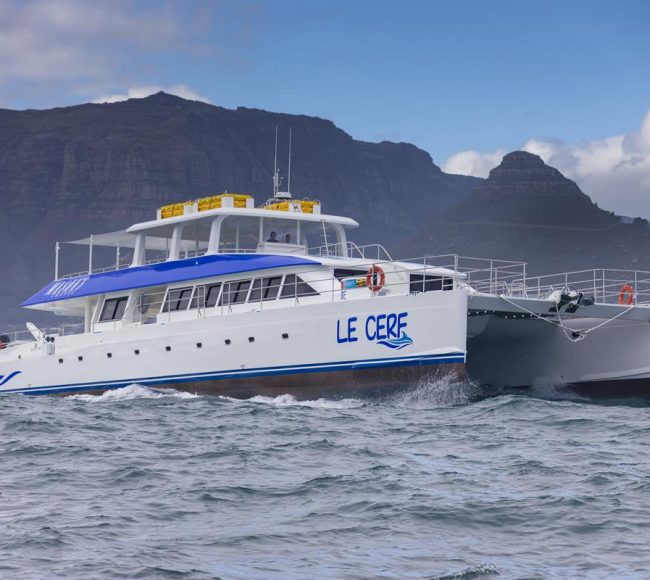 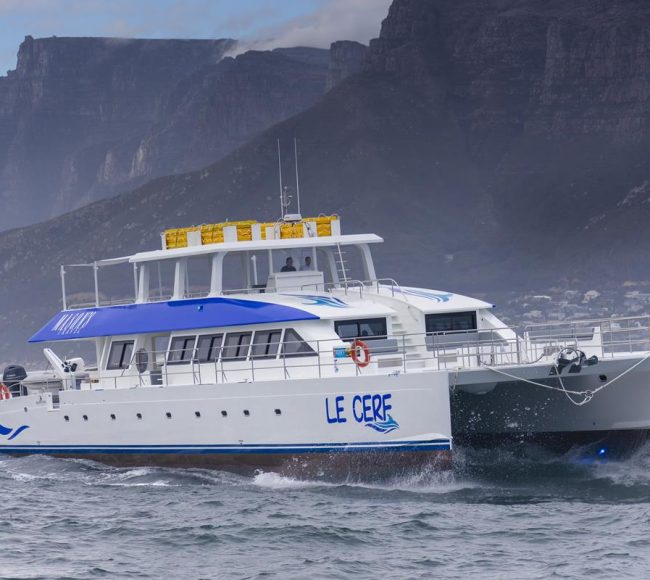 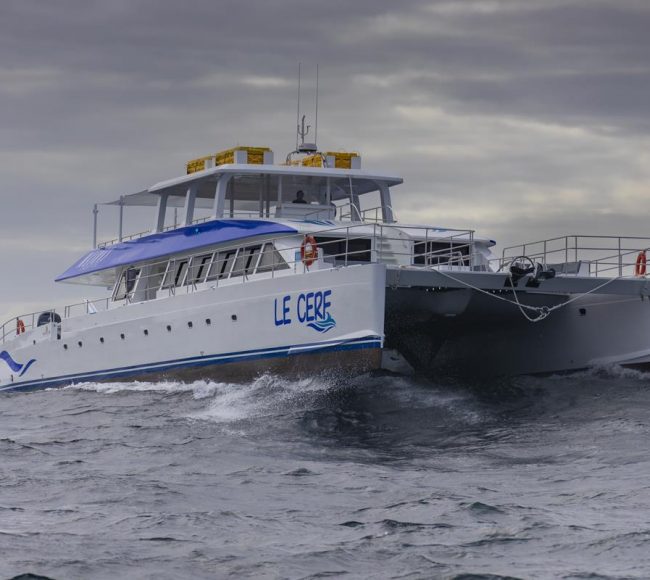 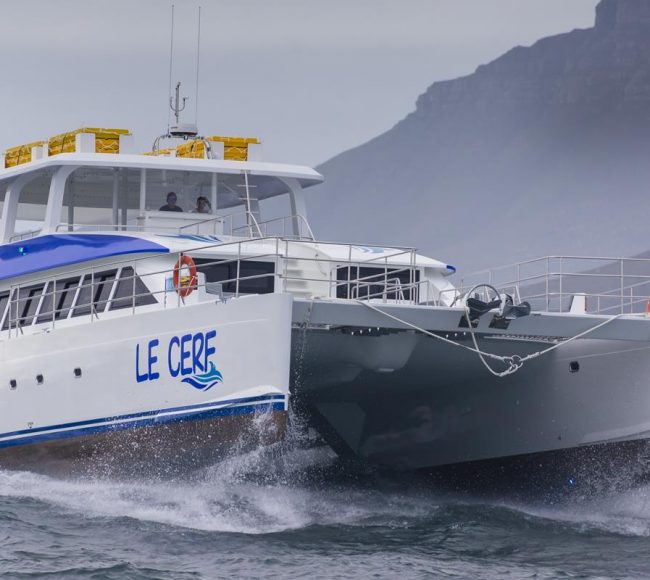 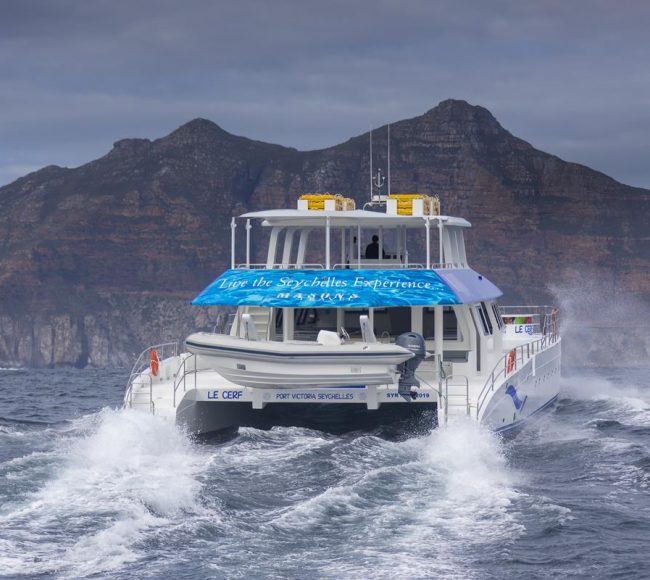 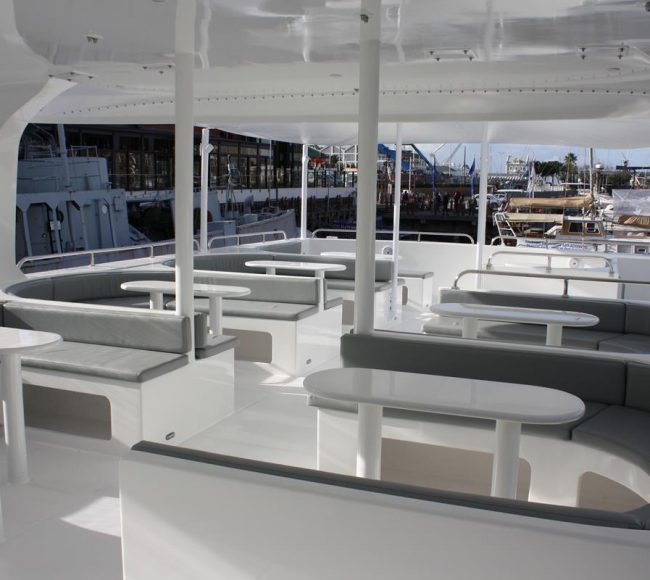 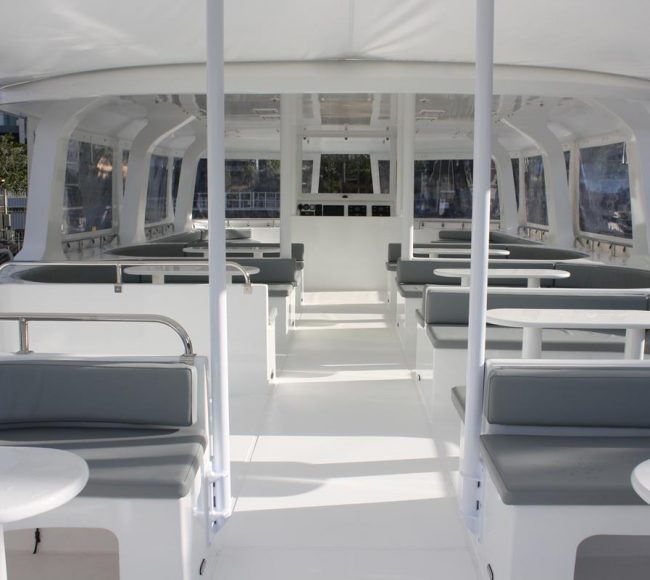 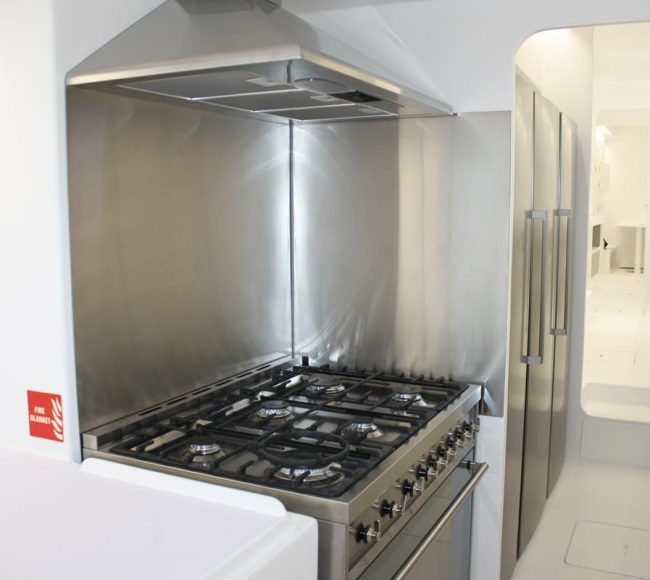 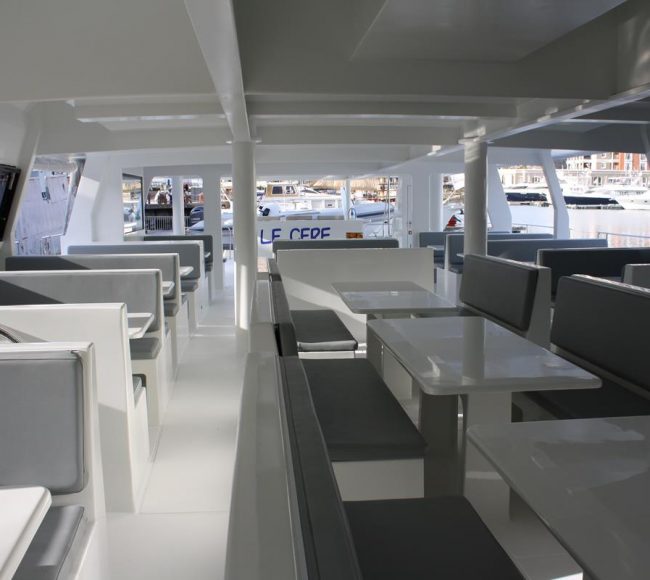 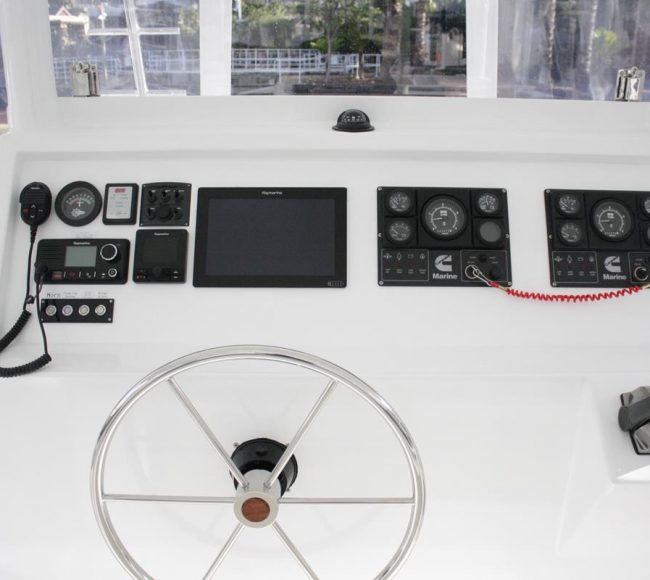 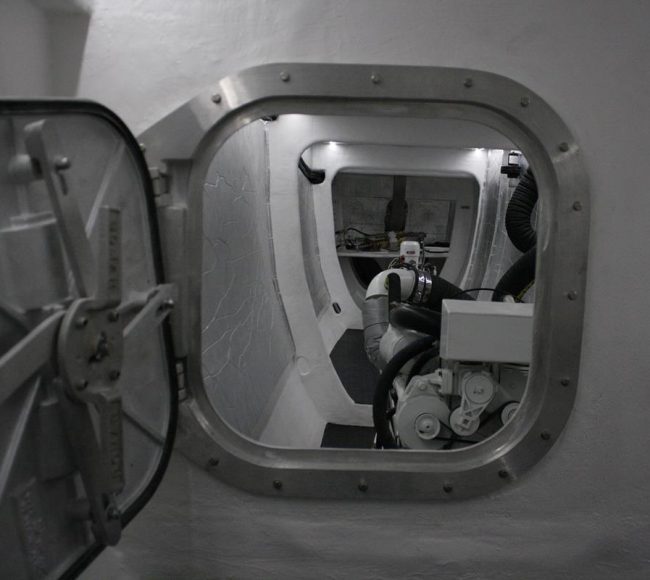 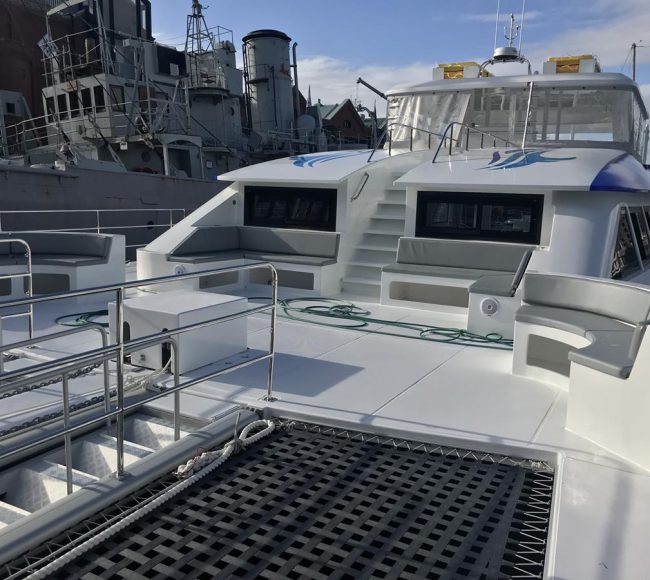 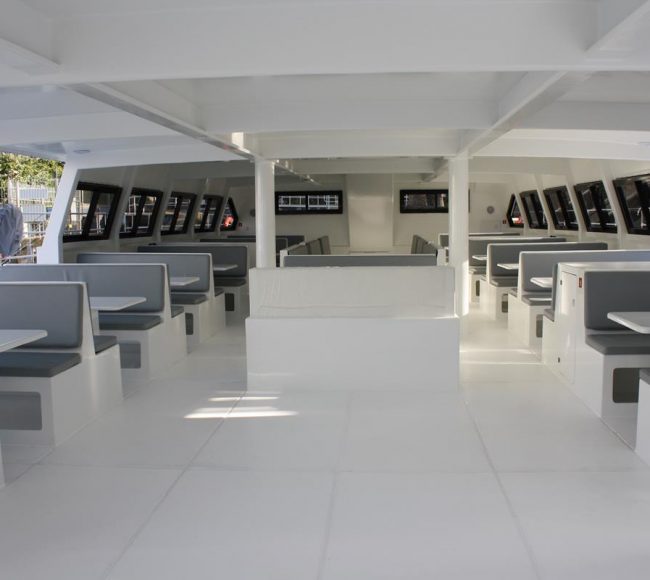 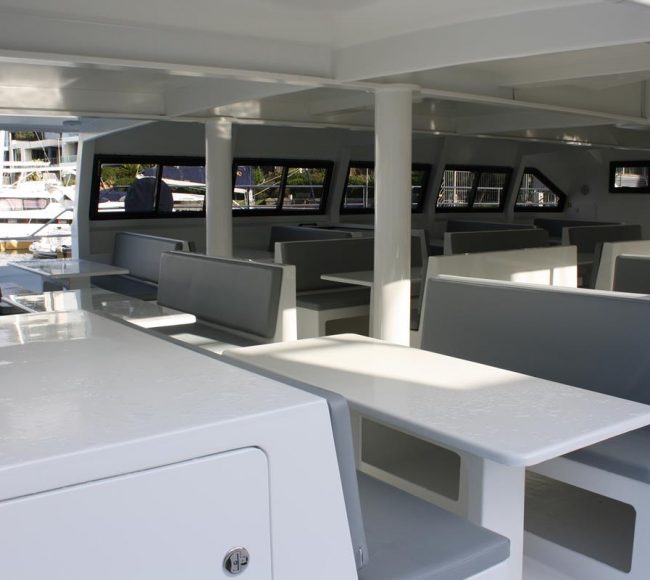 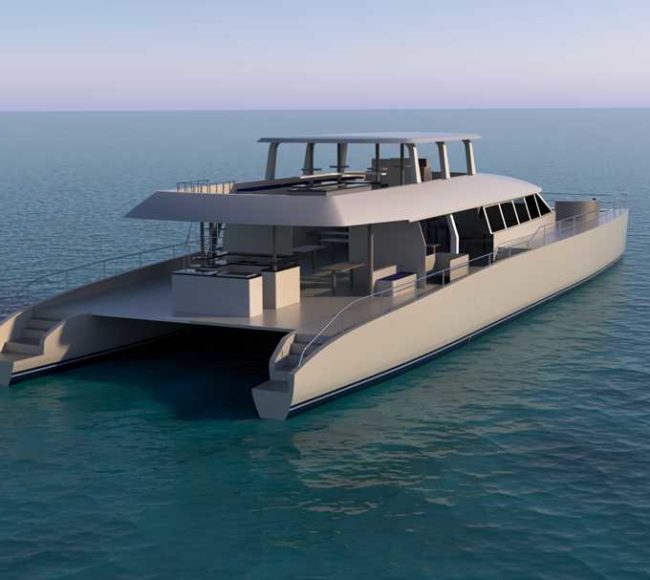 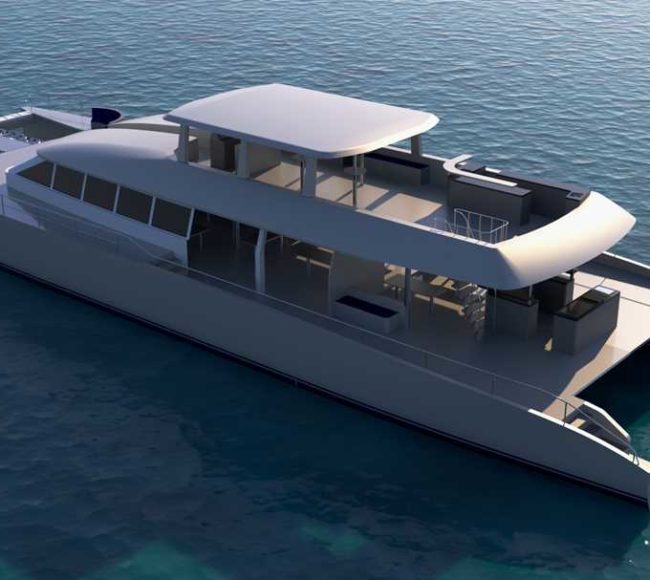 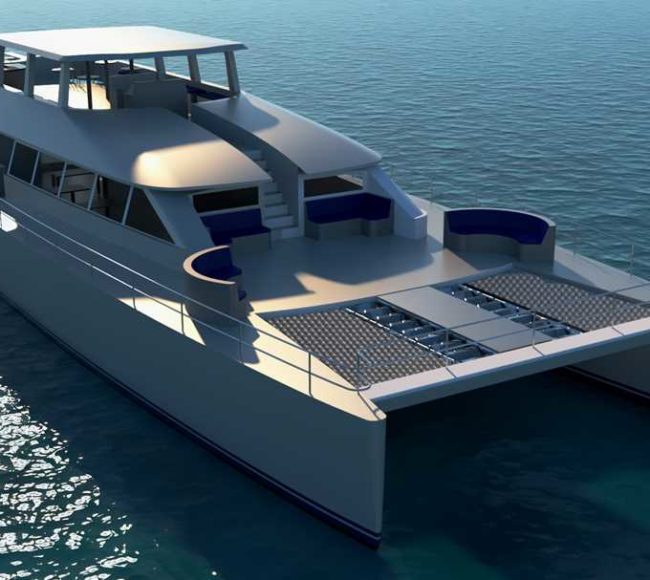 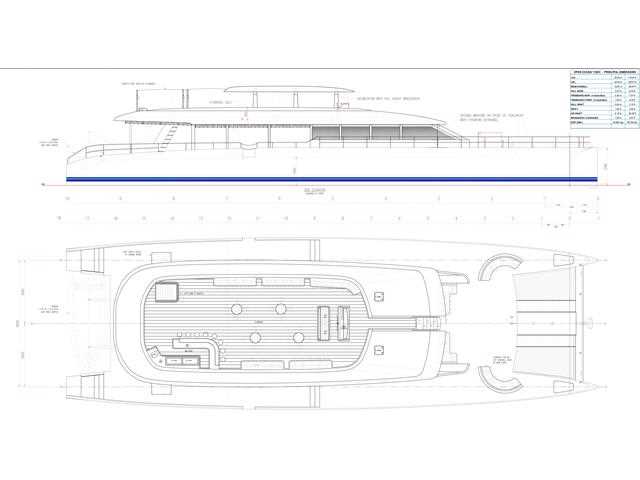 © 2021 Two Oceans All Rights Reserved.
Back To Top