Yet again another superb Two Oceans Derby has come and gone, with some challenging but great fishing had by many. 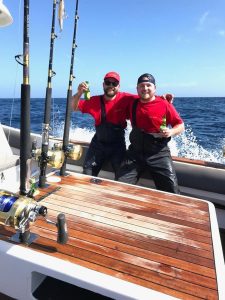 As our (team Cloud 9’s) preparation came to an end and the opening ceremony got underway, on Friday the 1st of November 2019, the anticipation grew.

Due to unfavourable weather conditions, Saturday was called off, but this meant we got to have a boost to the start of the Derby, allowing all teams to gather to watch the Springboks dominate their way to victory becoming the World Champions, yet again! This making Sunday the 3rd of November our first fishing day, and what a day it was.

The Team got together Saturday afternoon to get all the last bits and pieces together, have dinner and discuss final tactics etc.

Sunday got the fishing underway and let us be the first to tell you (if you weren’t there) that the sea conditions in the morning were far from idyllic.

This making the Magnum 36 quite possibly the very best platform to be on. She (Cloud 9) handled the adverse conditions with absolute ease, making for a comfortable run out to the Canyon in search for the ever so challenging Yellowfin Tuna and Longfin Tuna.

After some time, we found ourselves trolling the yonder blue, boat alone, slowly making our way towards a Hake long liner (Captain De Souza).

As we approached, to our dismay, we spotted a few competition boats leaving the area and just like that so did our hopes of a plentiful bounty to be found there. Be that as it may we took the opportunity to chat with a couple boats, confirming the ever so frustrating and challenging day that was being shared by all.

Our game plan was simple, to be “persistent and consistent”. This found us lifting our heads, putting some music on and continuing to search the area – persistency. About an hour goes by and we decide after seeing a scratch on the echo…. “Chum and they shall come!”

Boat alone again and would you believe it, not even 5 minutes goes by and boom there are fish all around the boat, but could we get them to eat was the next challenge. Finally, BOOM, Roberto hooks up, has a great fight and he boats’ the first Yellowfin of the day.

Things quieten down for a little, but our attitude remains the same – “CHUM AND THEY SHALL COME”.

Just after 2 o’clock it all turns on again and for the next 2 hours it was like a different day and we managed to hook up another 7 Yellowfin, landing 4 of them, two of which were lovely fish (Roberto – 72.80Kg and Carlos – 70.90Kg), with the last one putting up a great fight pushing us into extra time. Ocean Explorer – Nick von Rahden, happened to be trolling by, we waved him over and just in time for him to manage a hook up before cut-off time.

What a great couple of hours that was, with all the crew getting stuck in and landing a fish.

The run home was an absolute pleasure as we glided our way back into Hout Bay for the weigh in. As we waited our turn the anticipation built, and we started to think we might be in for a chance here.

Prize giving…. And our tactics paid off, “Persistency” and working the bait (chum and they shall come) has paid off as we found ourselves at the top of the leader board, winning day one.

Monday’s weather was a blowout making Tuesday the second and final day of the competition.

Tuesday’s forecast was no oil painting, with the North Westerly wind picking up in the afternoon making for a rather unpleasant run home from the canyon. Thus, along with most of the competitors we headed out into the west.

The conditions turned out to be quite unlike the forecast, with flat seas and a hardly noticeable breeze, allowing for the 36-foot beauty to show us what she can do and what a pleasure it was.

The day started off slow, a little later in the morning we managed to find some Longfin.

We got straight back into our game plan and got onto the bait, this brought on the onslaught of the pelagic birdlife as the Shearwater’s, Petrel’s and Albatross enjoyed the chum but again, it didn’t matter what we put in the water the fish were just not showing an interest.

Carlos grabbed the jigging stick set up and headed to the bow. First drop and boom, we were on. He made short work of it and landed a decent sized Longfin.

Shortly after that and after no luck on the bait, Sam headed to the bow and grabbed the spinning rod. After only a couple casts, he hooked into a good longfin and landed the fish.

The rest of the day slowed down and the ocean became deserted. Hearing calls and chatter over the radio we ran off to co-ordinates that “the fish were being caught at”. Yet again as we arrived the other competitions boats were moving on.

It was now the early hours of the afternoon and still no signs of the elusive Yellowfin. We turned the music up and remained consistently persistent.

With an hour to go we turned on a mark and started baiting again, with the belief that if you “Chum they will come”. And so, the onslaught of the birdlife persisted in making the challenge of getting bait down that much harder.

With the minutes counting down, the pressure mounting and a final push, we prevailed as the fish started surrounding the boat. Sam went tight on a Yellowfin and after a short but stressful fight we landed the fish, a good 59.6Kg Yellowfin.

Time was running out and the fish were still there, Roberto tucked into a couple Longfin and William managed a superb Longfin weighing in at 21kg (fetching the second heaviest Longfin prize).

With 15 minutes left Carlos hooks into the second Yellowfin of the day, followed minutes later by William hooking into a Yellowfin.

Carlos lands his fish quickly and secures the three fish for weigh in (2 Yellowfin and 1 Longfin). Now for the anxious run home and the ever-pressing questing, “Have we done enough?”

Weigh in comes and goes, we are filled with celebration of a fantastic derby as we cheered each other over a cold one in the Atlantic Boat Club. The stories and tales of the day’s escapades start unravelling as the constant angst grows amongst the team.

Finally, Prize giving, with anxiety levels at their highest with knee bouncing and longing stares the prizes start rolling out. As the Longfin prizes were announced we were delighted as William Melk of Team Cloud 9 was announced in 2nd place.

Onto the boat prizes and the tension was tangible at our table as they worked their way up to third place as Silver Fox (The Botswana boys – last year’s winner) was announced in 3rd place. Now for second place, had we done enough? Was our plan sufficient? Will persistency and consistency pay off?

“In Second place, Extravagence”  – we cheered for them and listened with pride as Pierre van der Merwe (Atlantic Boat Club Chairman) announced “In first place, team CLOUD 9” – We did it and for Carlos he reclaims his title as the Two Oceans Tuna Derby champion, winning for the second time.

On behalf of Team Cloud 9, we would like to thank Mark Delany and his team at Two Oceans as well as the Atlantic Boat club for yet another fantastic Derby and congratulate all the other teams and competitors that participated in the 2019 Tuna Derby, a tough one but one that we most certainly will not forget!

This is team Cloud 9, standing by! 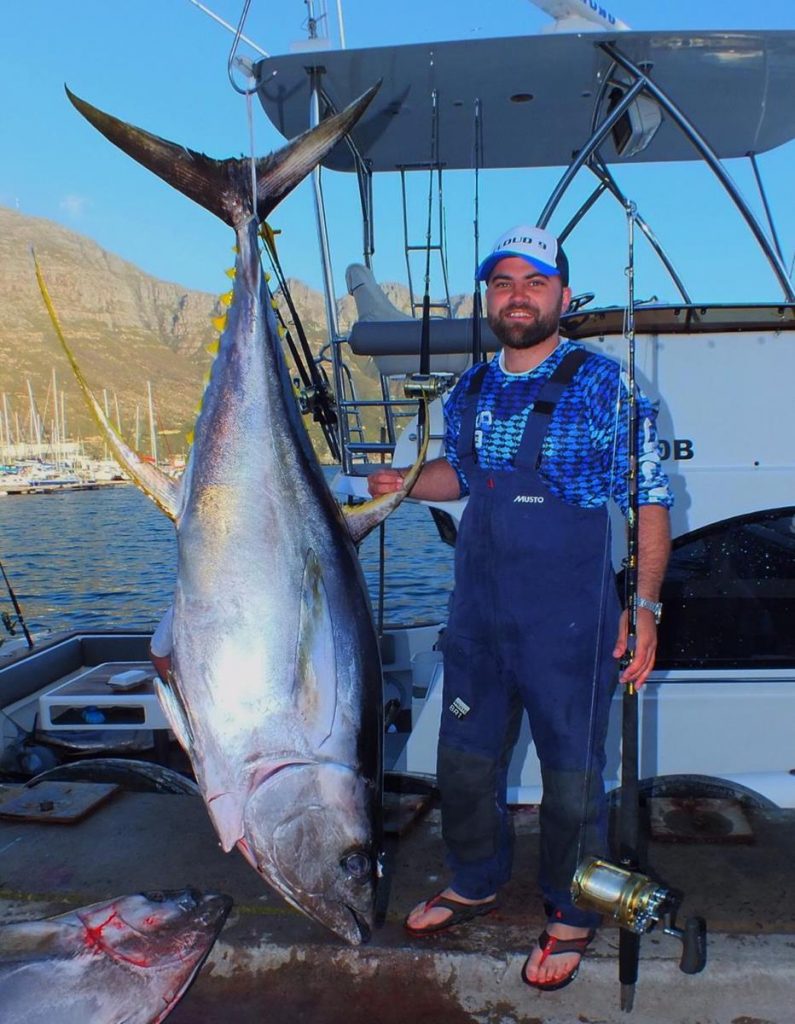 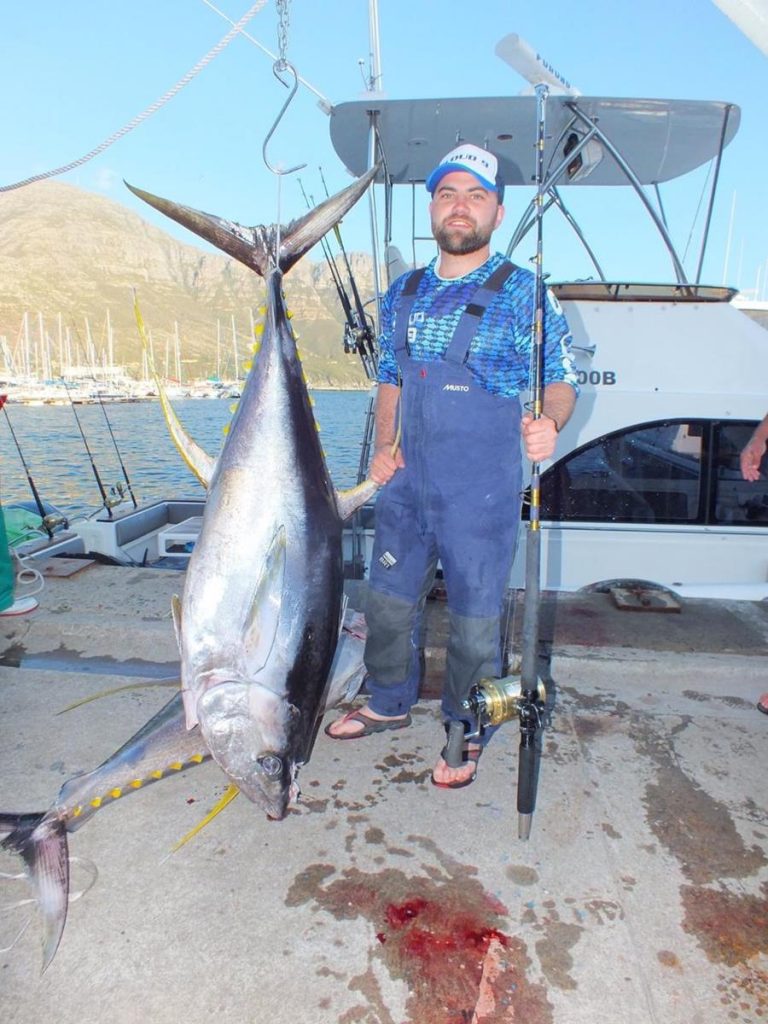 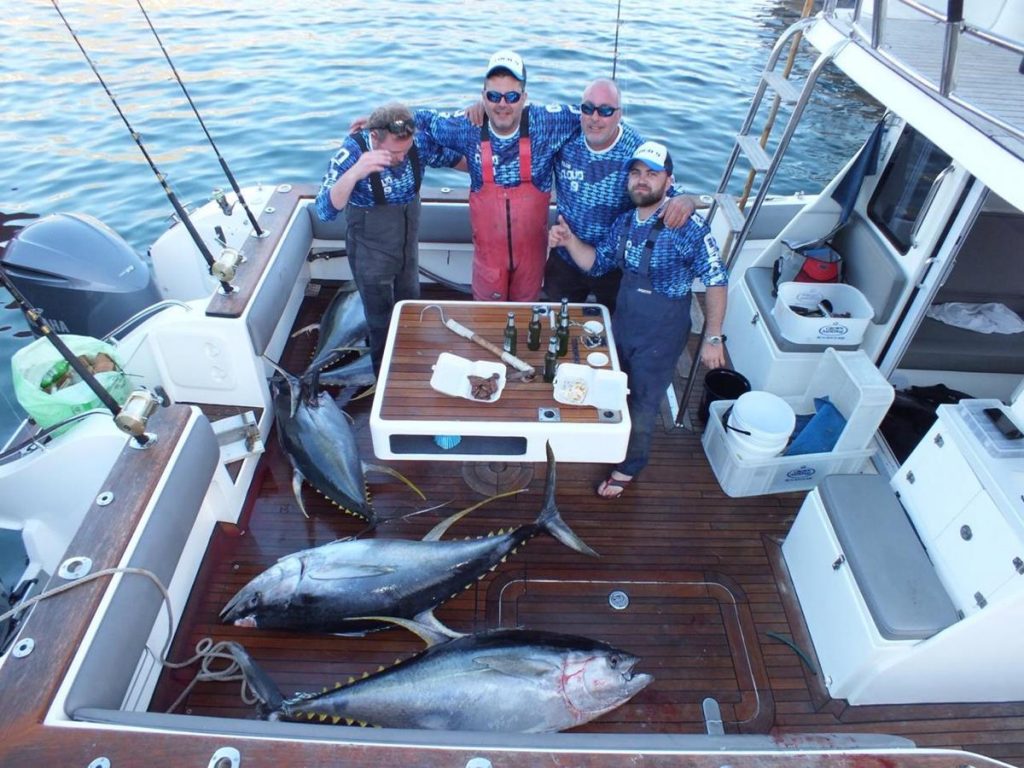 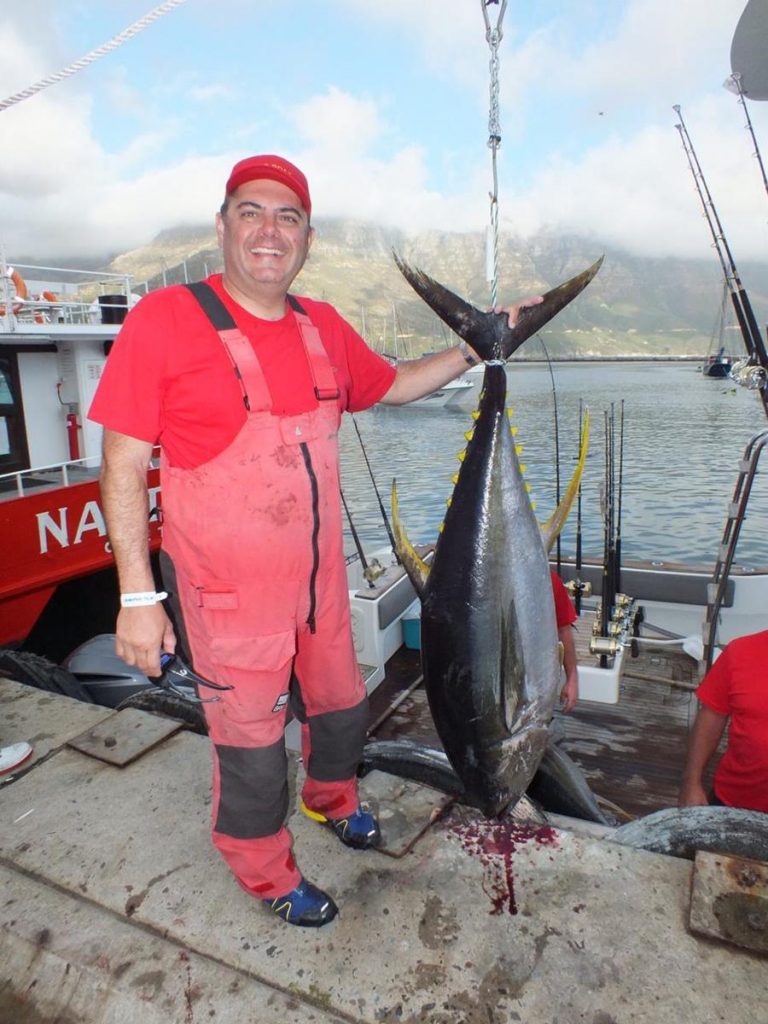 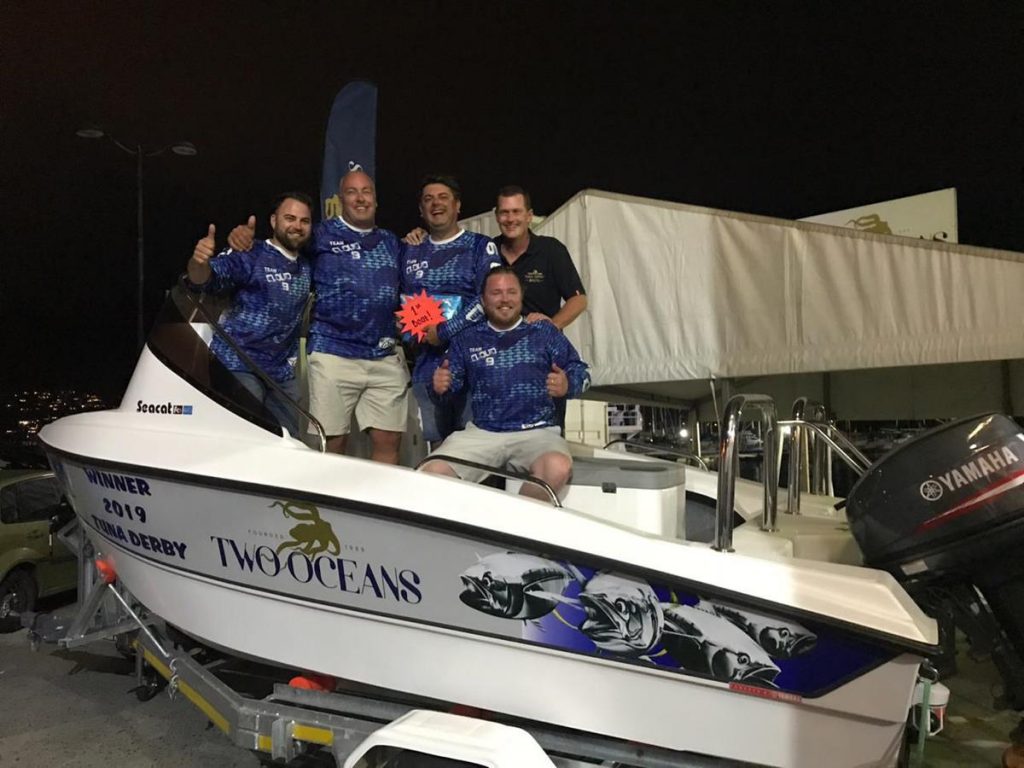 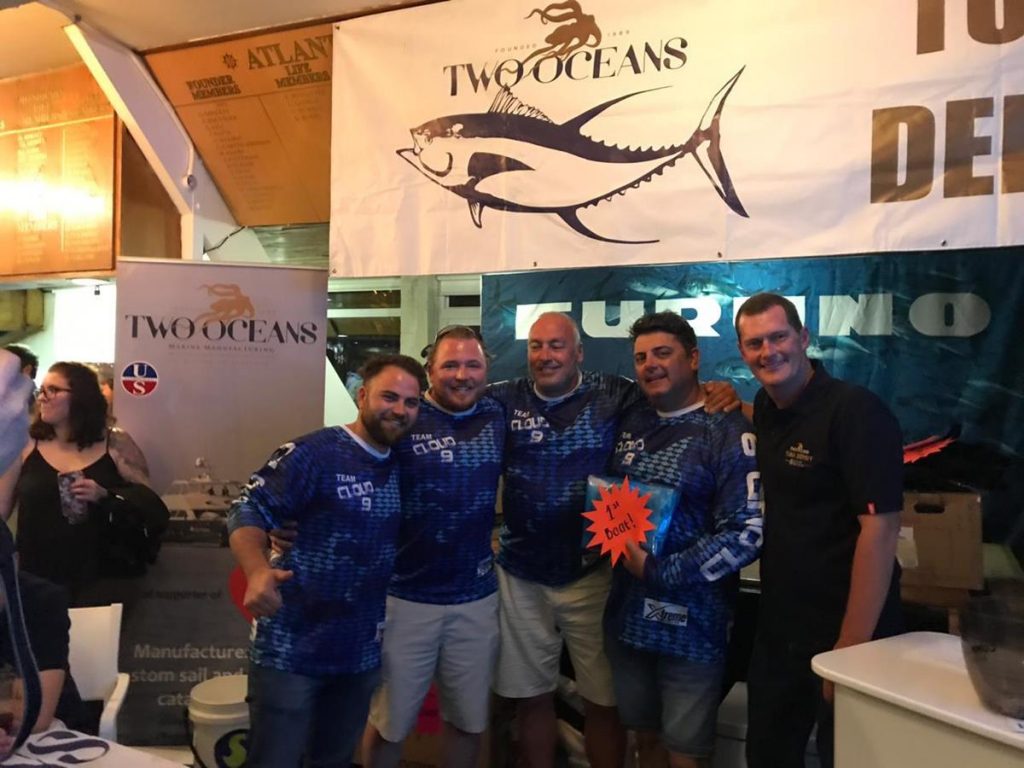 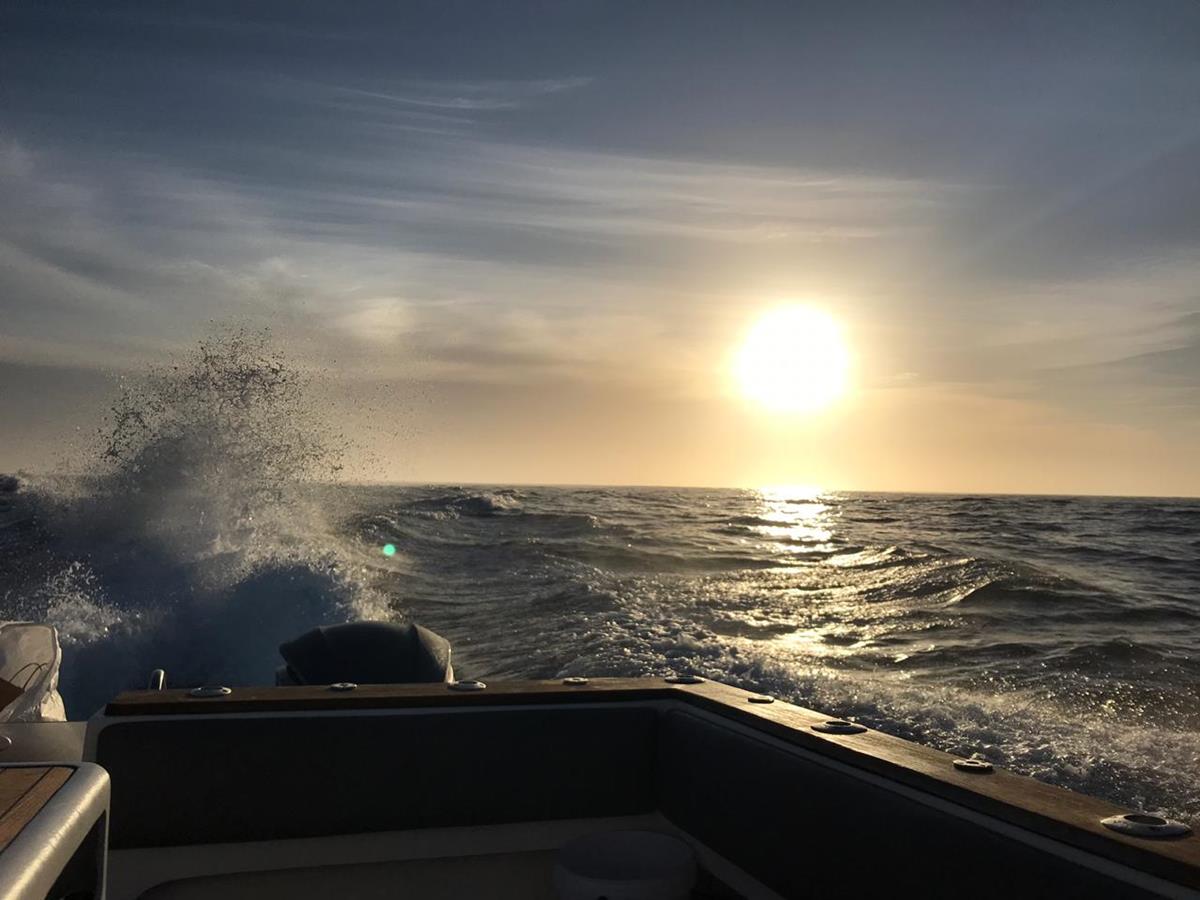 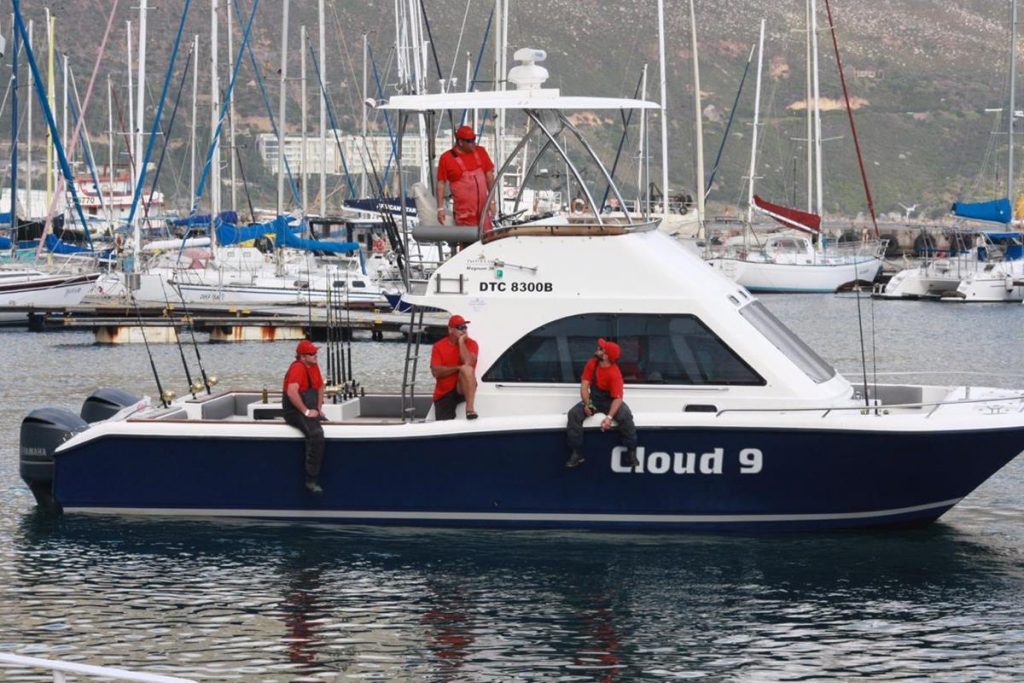