She has wider hulls than the Open Ocean 800 Luxury Expedition Catamarans to accommodate transverse berths and is designed to to be a luxury on-the-water home or hotel for the owner and his guests to cruise the world in style.

She has two double, en-suite cabins on both the port and starboard hulls, and crew cabins in the front of both hulls, therefore accommodating four couples and four crew members comfortably.

She has space for lots of toys and the deck is set up to accommodate two tenders and two jetskis. Another unique feature is a jacuzzi on the flybridge.

The Two Oceans 850E Power Catamaran is the epitome of luxury cruising.

She is designd by Du Toit Yacht Design

Watch the video of her launch, here 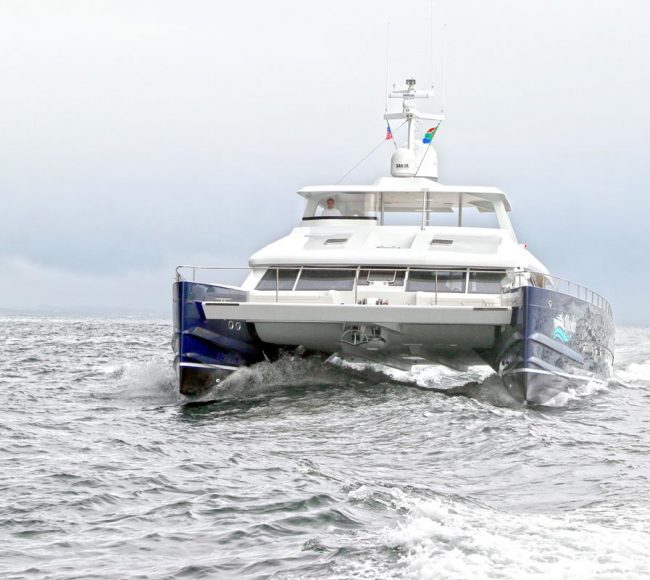 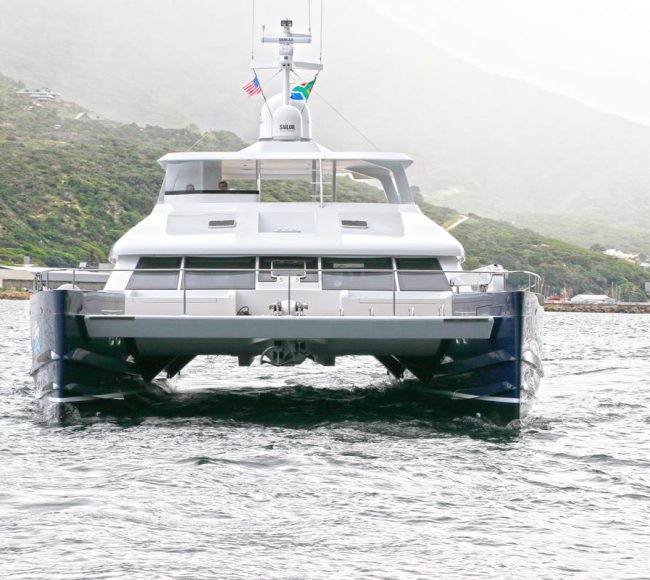 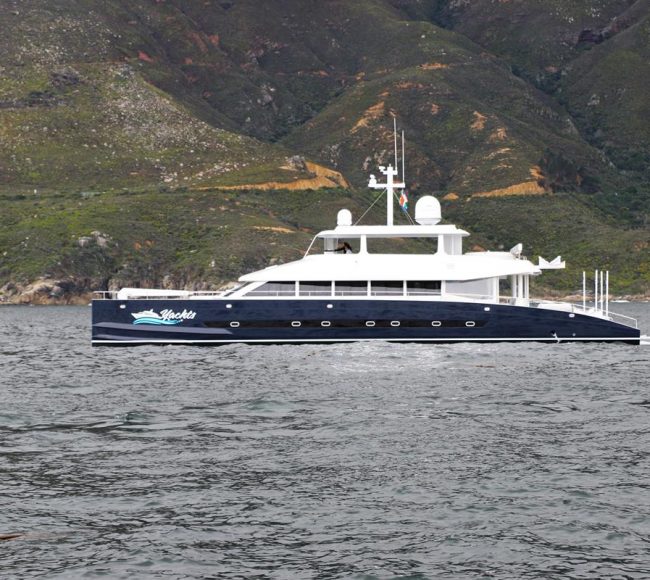 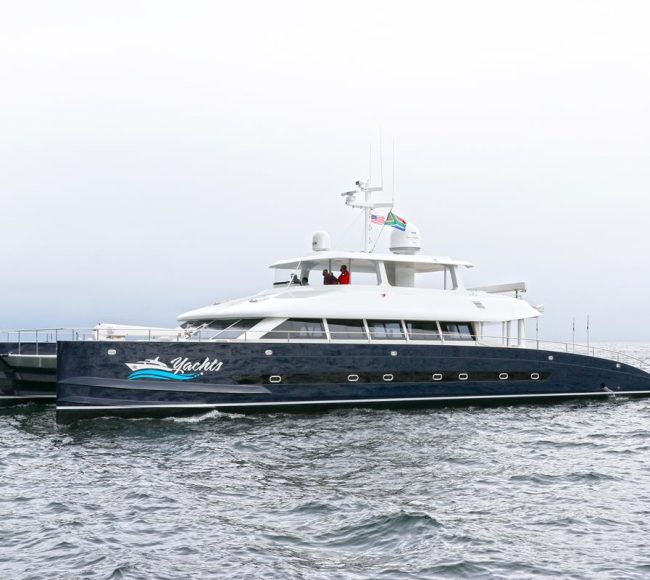 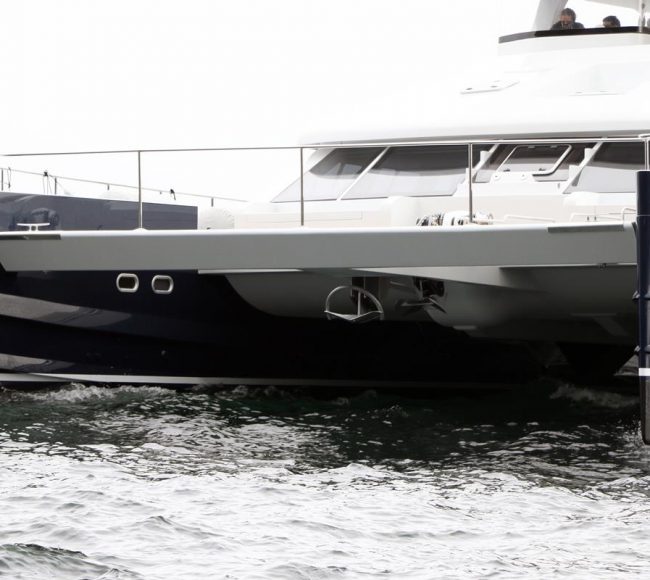 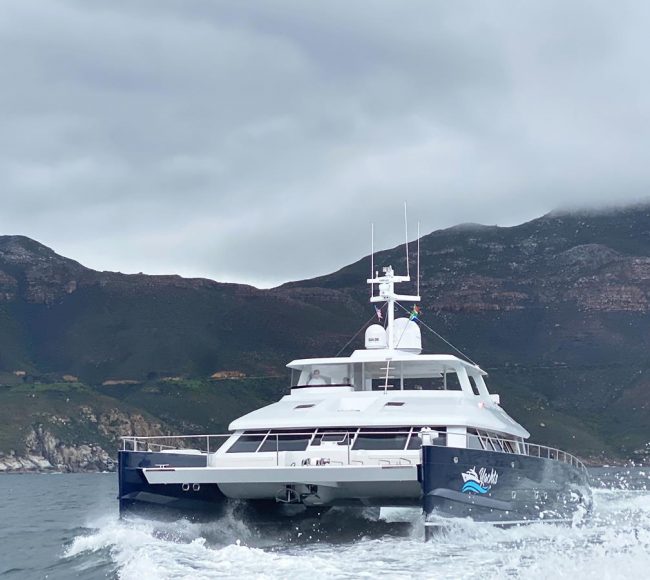 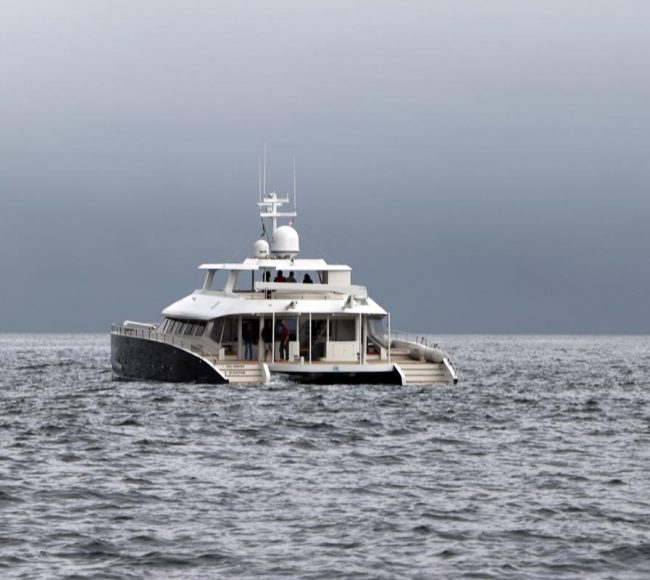 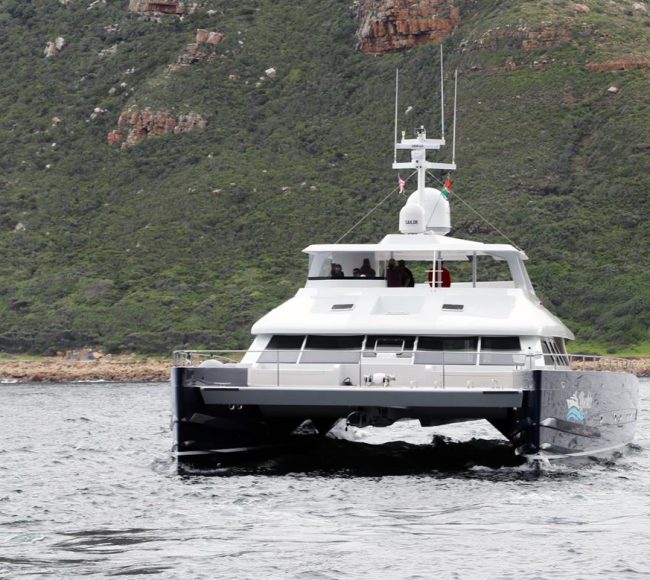 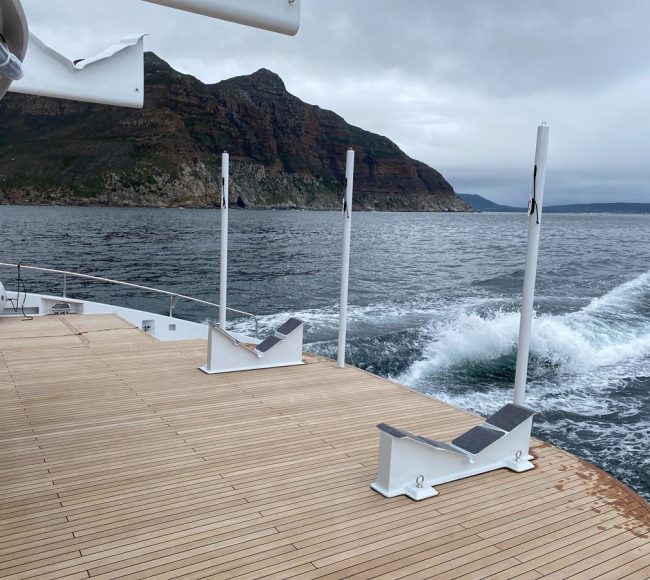 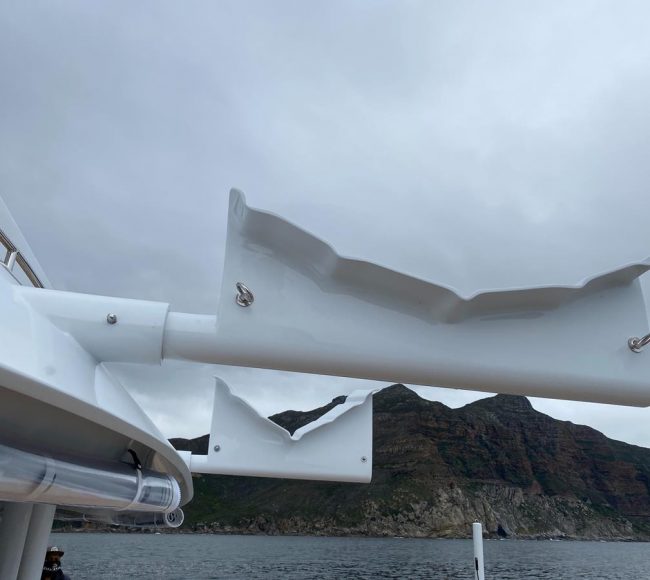 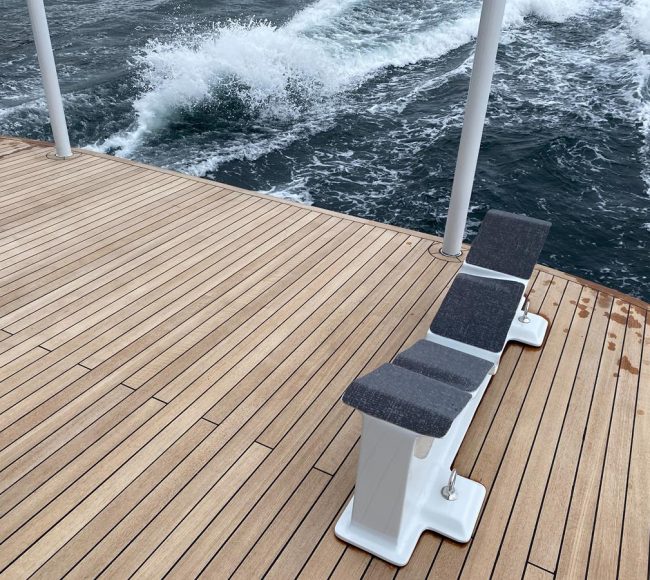 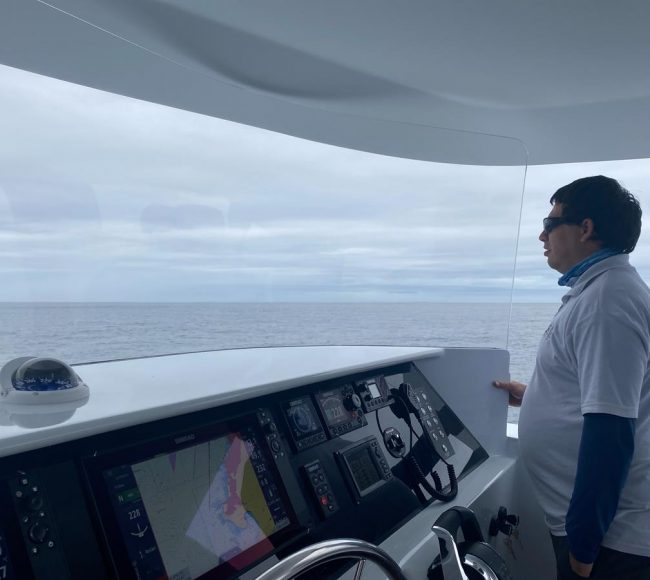 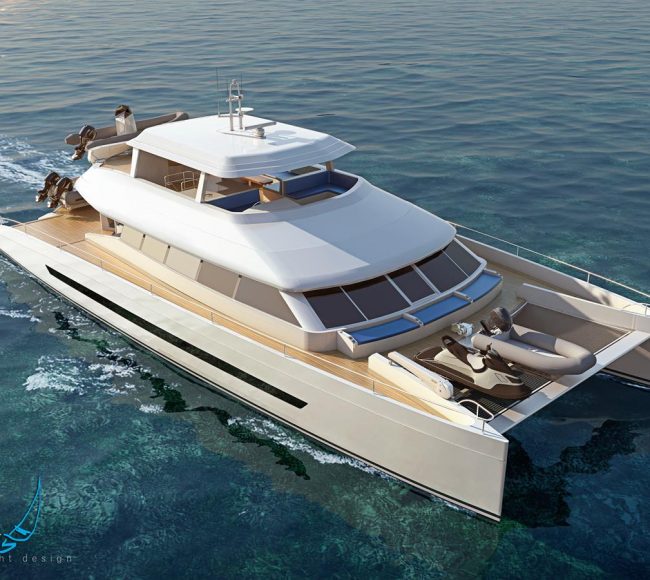 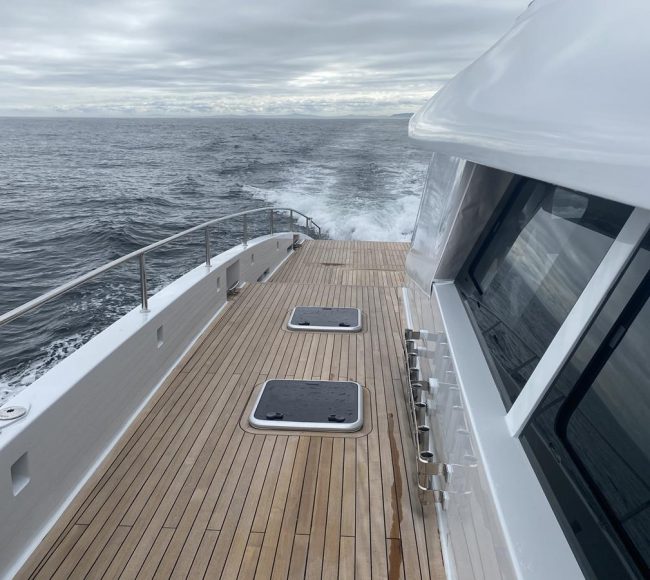 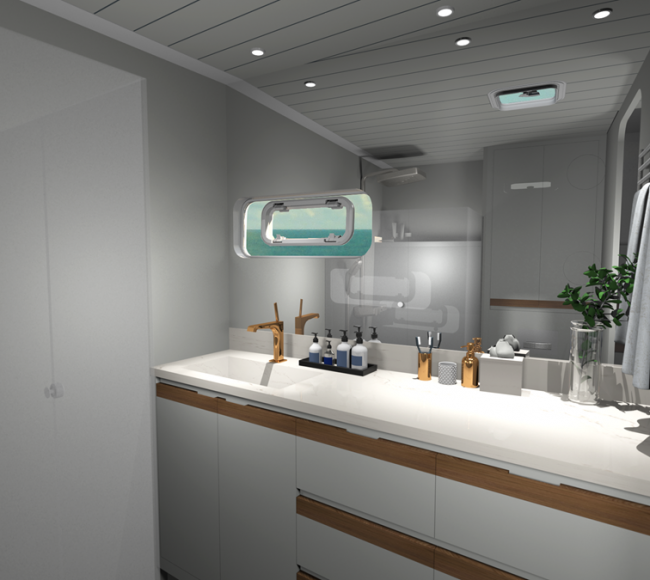 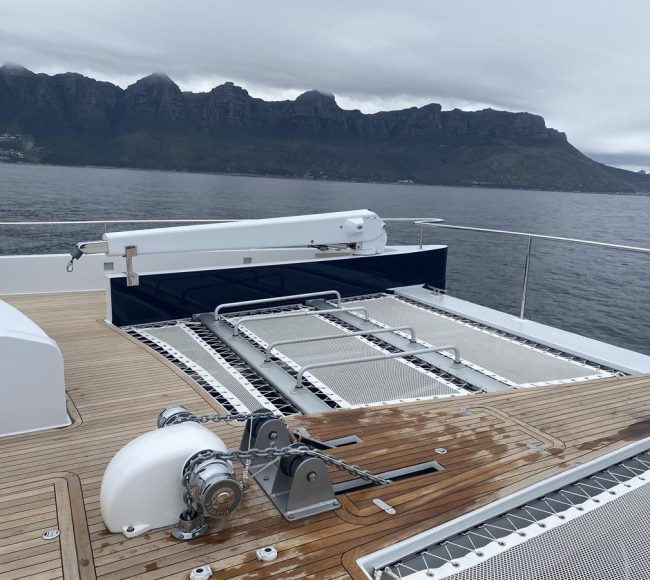 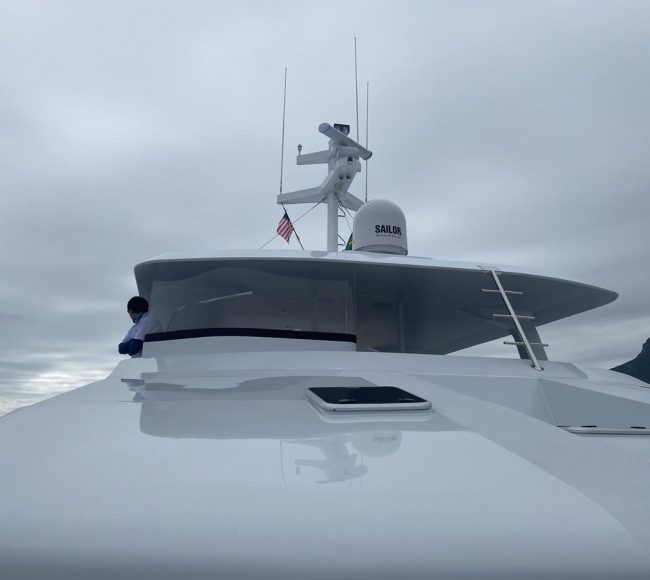 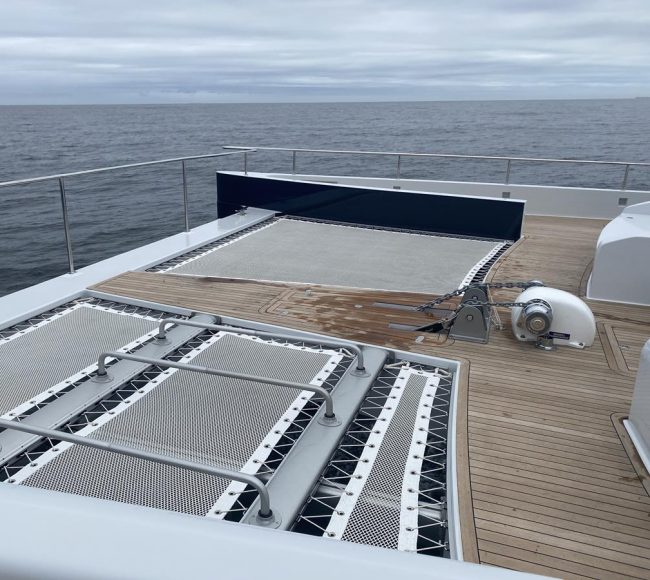 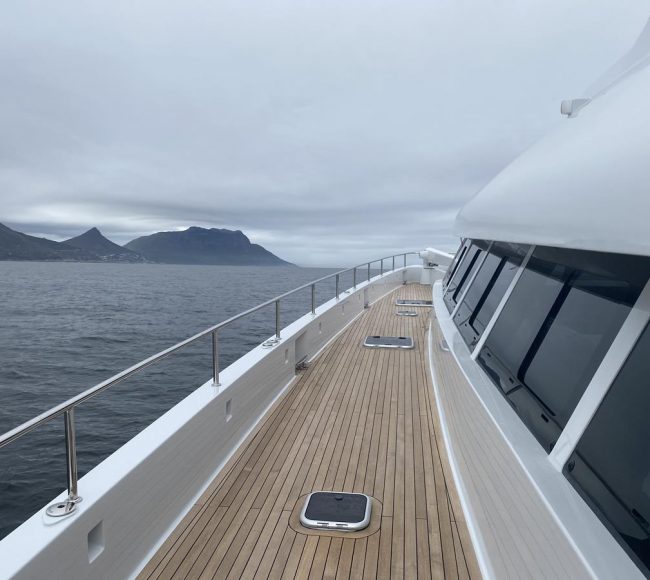 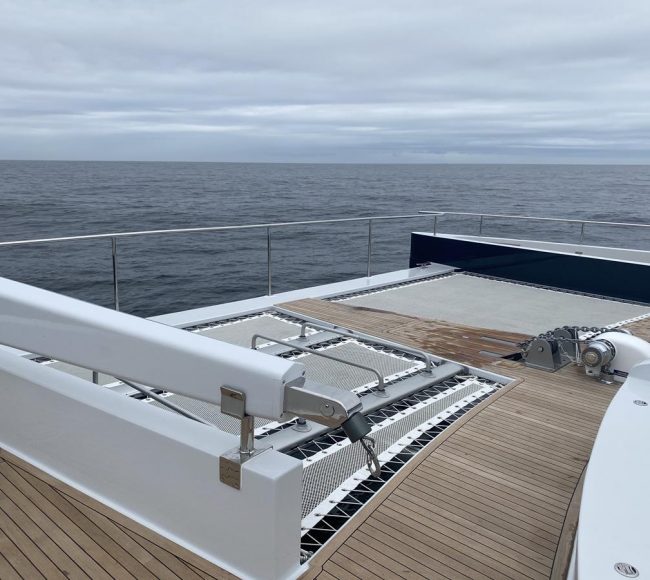 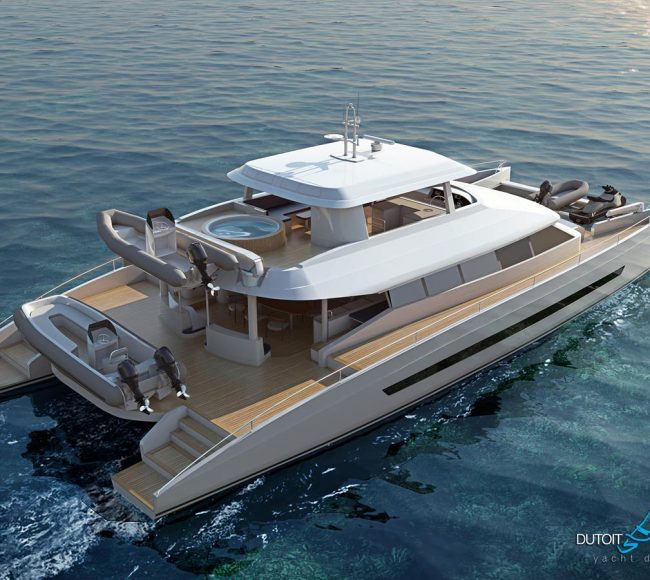