The 16th annual Two Oceans Tuna Derby was held at Atlantic Boat Club in Hout Bay between 1 and 5 November 2019.

The Two Oceans Tuna Derby is one of the most prestigious sport fishing events in the Western Cape Sailing Calendar, with prizes worth over R800 000 and the first prize being a ski boat with a trailer and two Yamaha engines worth R325 000. Atlantic Boat Club pride themselves on being the home of tuna fishing in South Africa, and the catches brought in by the fleet of 29 boats this year confirmed this.

Ski Boat Magazine featured a great write up on the event in their January/February 2020 edition.

Alternatively, view the write up below: 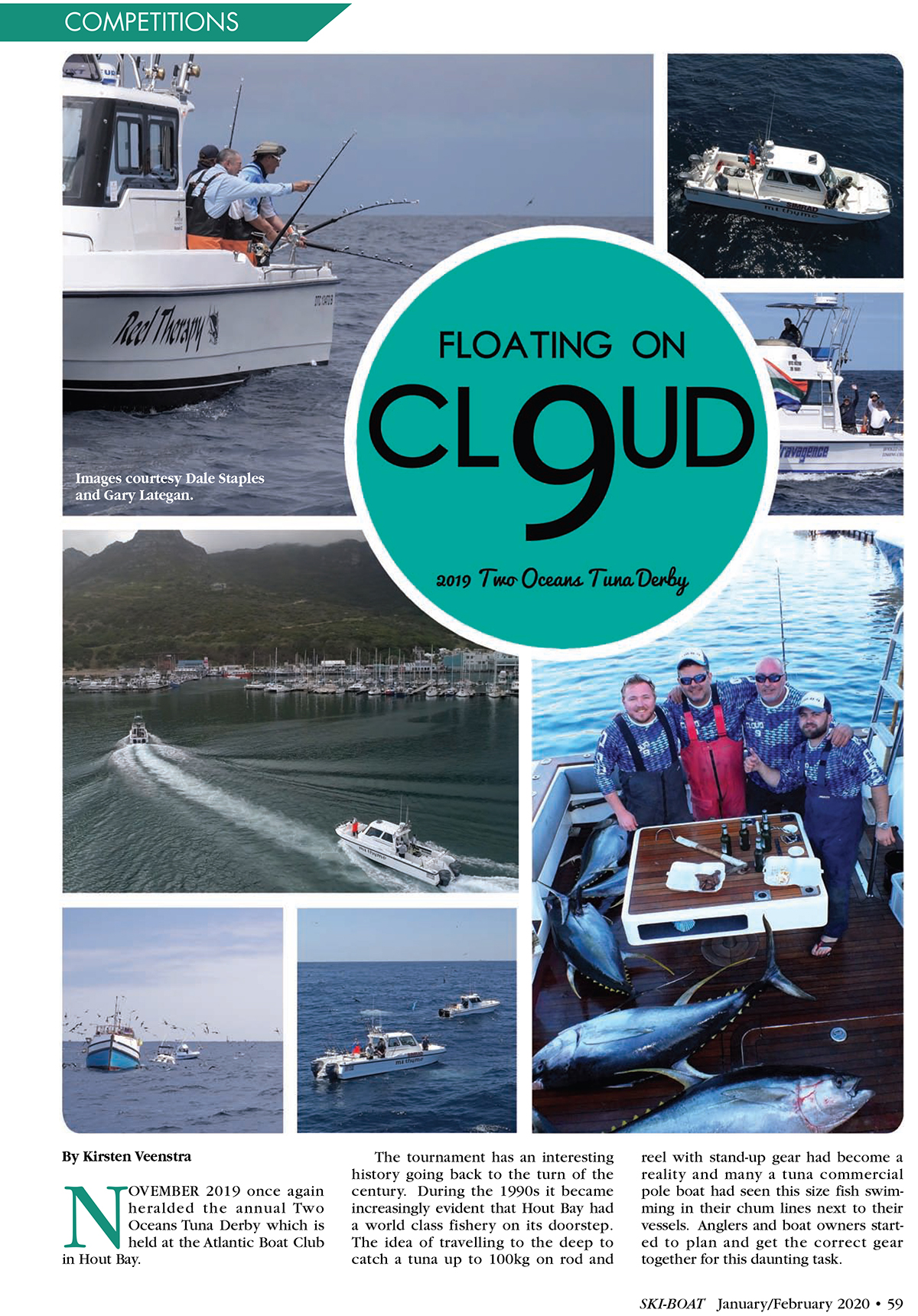 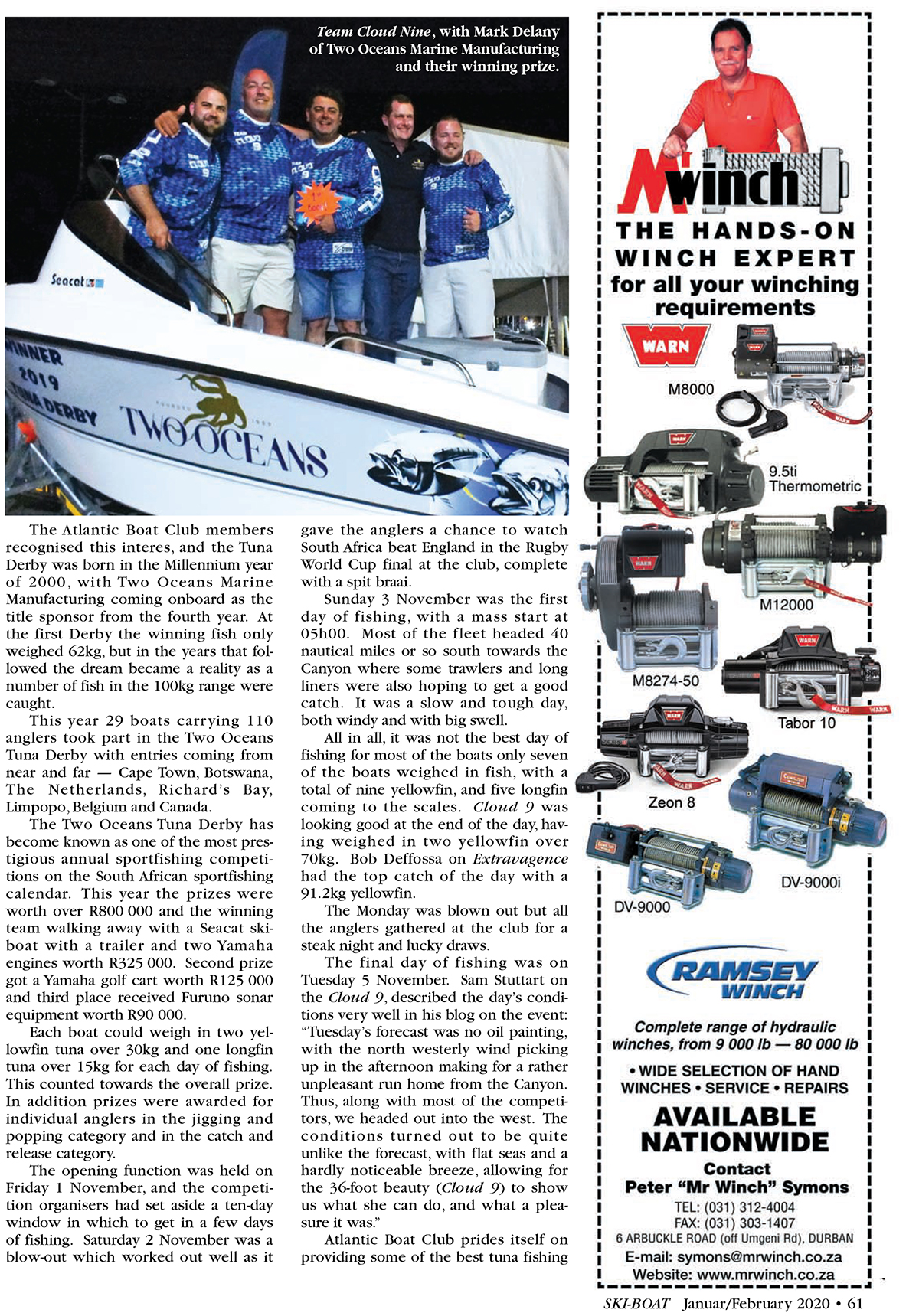 Newsletter
© 2021 Two Oceans All Rights Reserved.
Back To Top