It’s a momentous day, coming a few years after the start of an ambitious program to introduce a new class o 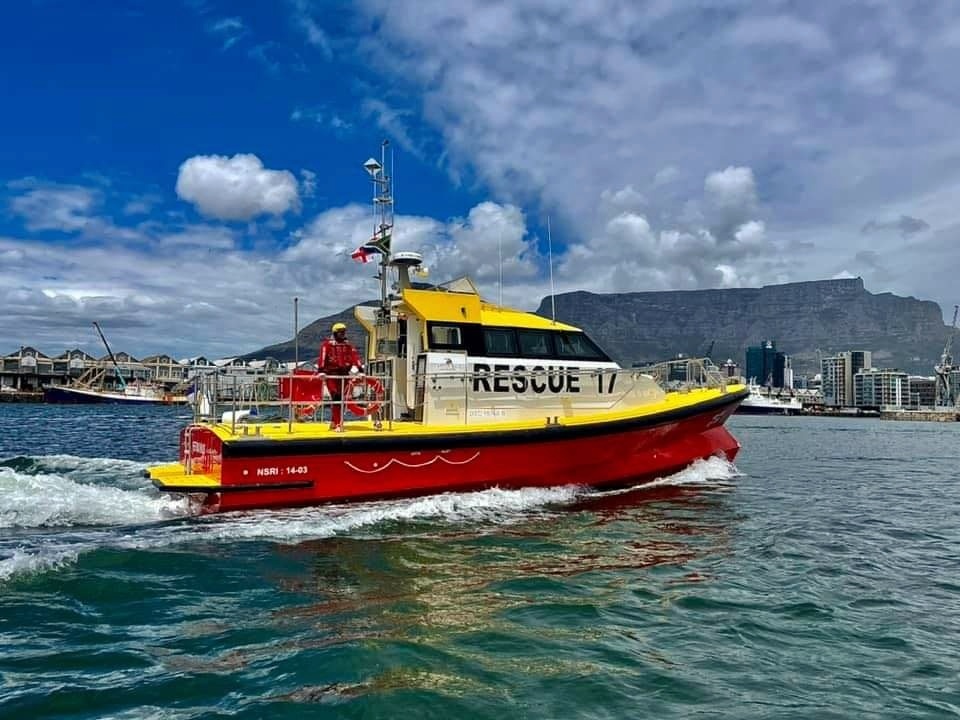 NSRI CEO, Dr Cleeve Robertson says the ORC is a self-righting and purpose-built rescue vessel which was designed for rescue operations in extreme conditions. “At 14.8 m long and 4.8 m wide, this vessel can be deployed on rescue missions as far as 40 nautical miles (74km) from land. It has an expected lifespan of at least 40 years,” he states.

This is the NSRI’s third ORC, the first vessel Alick Rennie was built in France and the second one arrived as “hull, deck & bulkheads”. The organisation has plans to build another seven vessels in the next 5-8 years and is proud that they will all be built in South Africa, by South Africans, in the process creating new employment and re-igniting skills in what once was a booming boat building industry.

Mark Delany, MD of Two Oceans Marine Manufacturing in Cape Town, expressed his pride in launching this Offshore Rescue Craft. “Our team have done a wonderful job in building a truly beautiful and quality robust vessel, and we are excited about the future builds and our long term relationship and commitment to NSRI. Working with the NSRI on this project is a true pleasure, and of course the NSRI’s input into the SA boat building industry and economy is invaluable – providing and supporting numerous families both directly and indirectly,” he adds.

Delany points out how they hope that the vessel will save many lives over the years ahead. “The work the NSRI does is important beyond measure for any water user in South Africa,” he highlights.

Dr Robertson is proud of the significant progress made in this project and the sense of joy it brings to see these bespoke rescue boats go into the water. “We are one of the few services in the world which is using this particular design. This is a wonderful opportunity for the NSRI as a whole and it’s aspirational for water services as a whole,” he concludes

The new ORC will settle in Hermanus and will service the entire coastline from Cape Hangklip to Witsand, a stretch of coastline well respected for its challenging maritime conditions – covering the southern most tip of Africa. What makes the Hermanus ORC so special is not just its status as the first fully locally built vessel of it’s kind. It also goes to sea bearing the names of over 800 commemorative names in the lettering of the boat, the legacy of the NSRI’s generous donors and supporters.

Members of the public are invited to watch out for the ORC this weekend as it makes its way from Cape Town Harbour to Hout Bay Harbour and then Simon’s Town on Saturday 4th December. And then, to watch out for it on its final journey to Hermanus on Sunday 5th December where it is expected to berth around midday.

Watch the video of her launch, here: