In 2018, the Two Oceans Tuna Derby boasted 29 entries two weeks prior to the start of the tournament, with 140 entered anglers – a great fleet for the tournament’s 15th year. Entries came in from many different clubs across the country, as well as an international team from The Netherlands.

The March/April edition of Ski Boat Magazine covered the event over three pages.

Or read the feature, below: 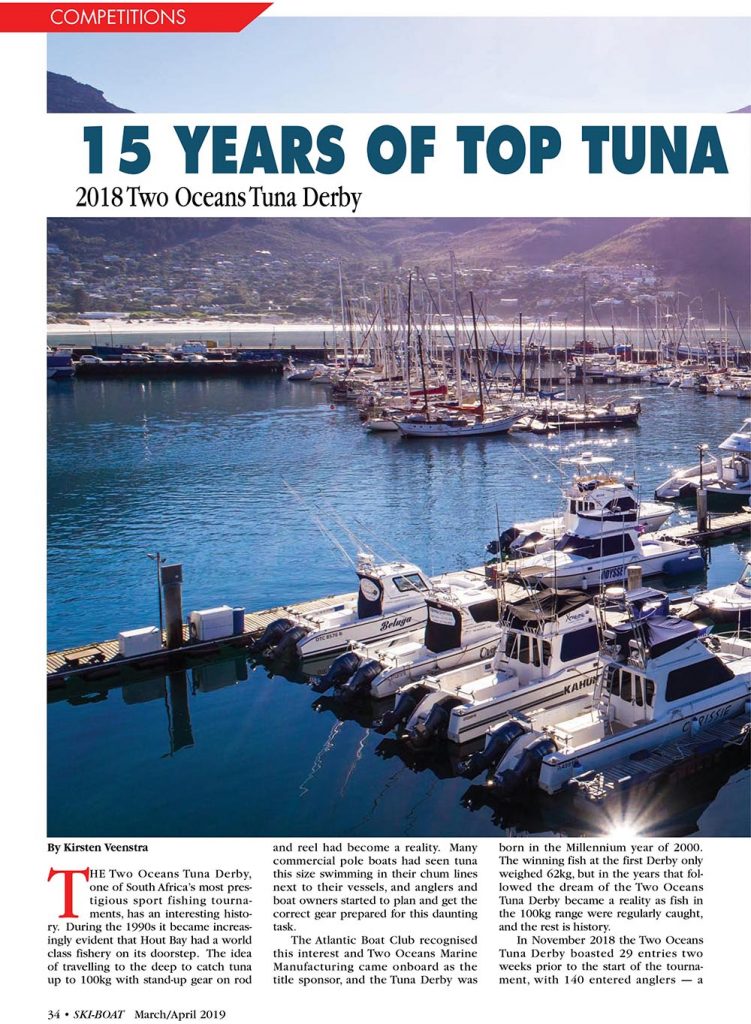 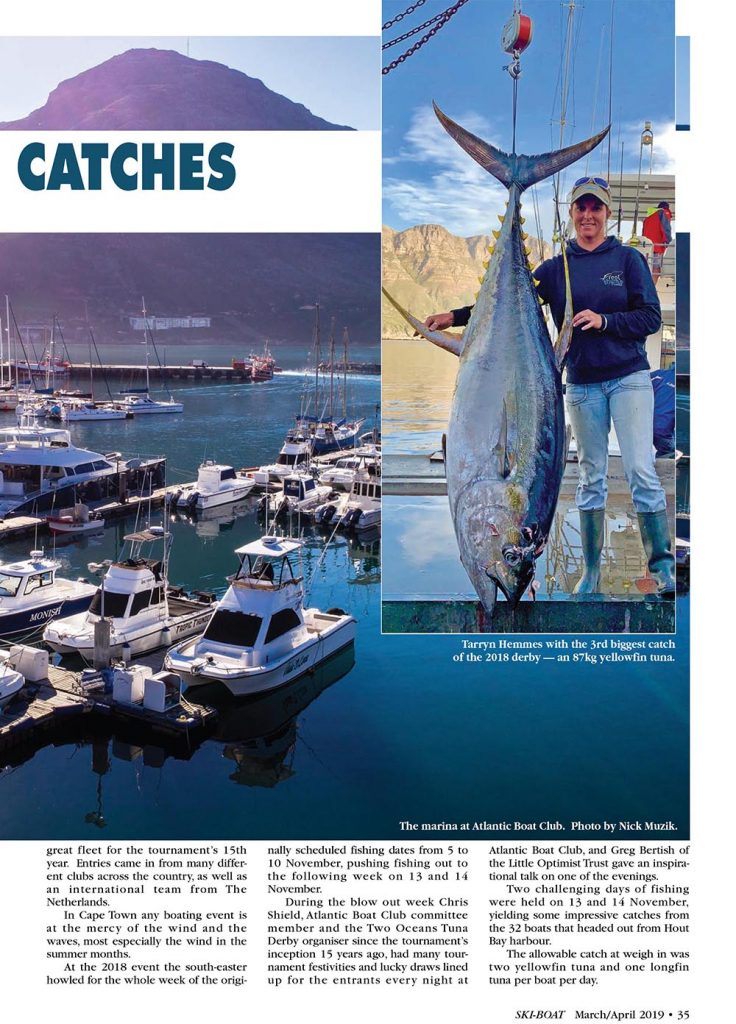 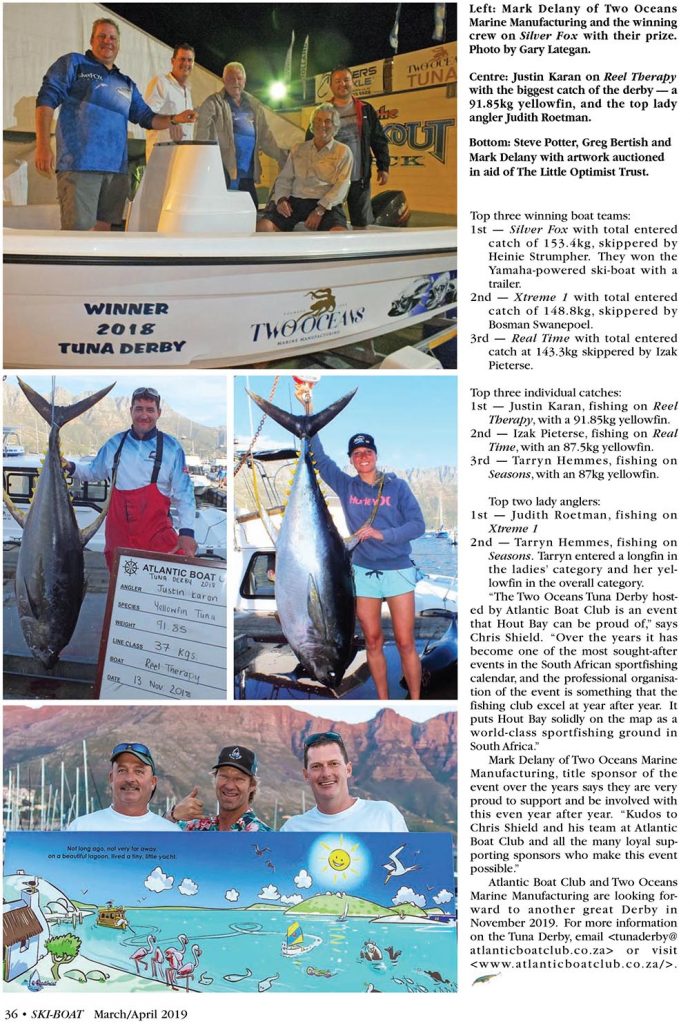